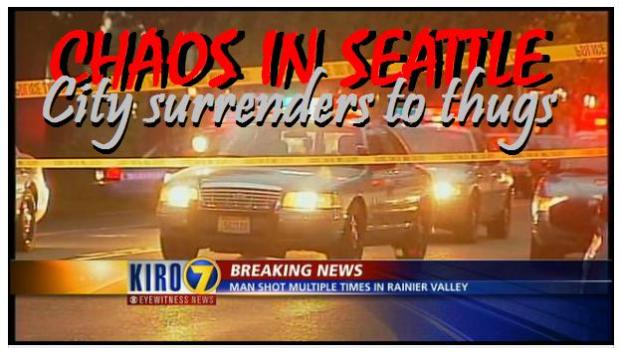 MIKE REPORT OPINION: The Seattle PI reports that; “Medics arrived to a chaotic scene after a man in his 20s was shot Wednesday night near the Jack in the Box on Rainier Avenue South in Seattle. The victim was shot multiple times and was rushed with life-threatening injuries to Harborview Medical Center, where he died. “There was a large crowd gathered in the parking lot at the time of shooting, and although many people fled the scene immediately, there was still a sizable crowd remaining in the parking lot and some in the crowd were hostile to the presence of police, making it difficult for officers to get in to the victim,” Detective Mark Jamieson said in a statement. “Officers were able to finally get to the victim, a male in his 20s, lying on the ground in the middle of the parking lot. Medics were also delayed because of the hostile crowd. Police think there may be witnesses who either failed or refused to talk to police.”

The shocker in the above news report is that law enforcement were on the scene but stood  powerless  while gang members and hooligans had control of the area.  In prior days criminals  would scatter when the police arrived. Here in Seattle the thugs now have nothing but contempt for the law, even when the police are present in force they feel no need to disperse. 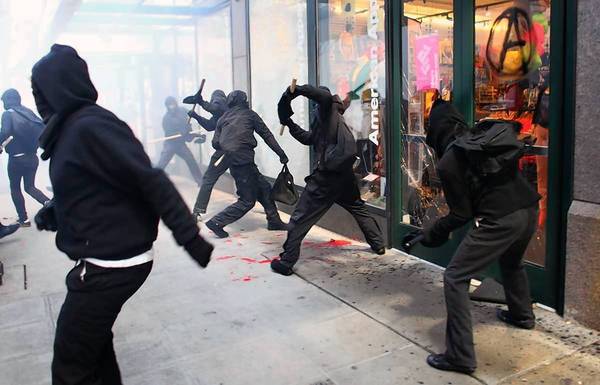 Anarchy and bedlam in downtown Seattle on May 1st, 2012 as the city surrenders the streets to vandals and thugs.

This was not just any early evening (8:25 pm) shooting in South Seattle, this incident is glaring evidence that the city of Seattle has surrendered  our streets to  the outlaws. This is the second Rainier Valley shooting in a week. Three weeks ago downtown Seattle was trashed while law enforcement were directed to stand down. South Seattle is now in the control of any gangster with a gun.

Last night’s incident was a major milestone in this downward spiral. Seattle Police and medics were  prevented by a frothing mob from treating the victim and were shamefully unable for a period to gain control of the crime scene.

This is the latest in an escalating series of South Seattle crimes, including a rash of armed robberies, home invasions and burglaries. Businesses in once gentrified Columbia City have been subject to repeated armed robberies, the most recent earlier this week at Sweetpeas consignment store, the week earlier at the Subway Sandwich shop. Seattle’s annual murder rate is three times what it was at this time last year.

The Seattle Police Department is under intense pressure from a Mayor’s office that honors criminals while throwing our Police Department under the bus. The scrutiny of a Department of Justice with a political agenda has certainly done its share to damage the morale and effectiveness of local law enforcement. But the politics and policy considerations make little difference to a neighborhood under siege.

The bad guys control the streets, we are on our own.

One thought on “Chaos in Seattle; City Surrenders to Thugs”