Three Generations Search for their Sephardic Roots in the Deep South

It is December 24th, one of the busiest travel days of the year. In the snaking line at SeaTac airport, the ticket counter barely visible in the distance, stands three generations of the  Owen family. Grandfather, father and son. Seemingly oblivious to the chaos around them, the three review their ambitious itinerary, shuffling themselves and their luggage closer towards the counter as opportunity allows.

As their fellow travelers anticipate holiday reunions with family and loved ones, few on their flight have been separated from their kin as long as the Owens. Hundreds of years separate this family from the objects of their search. 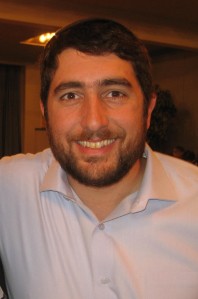 The journey formulated slowly in the mind of Benjy Owen, a Rabbi and Dean of Jewish Studies at Northwest Yeshiva High School near Seattle. “I taught a course last year about the American Jewish Experience at Northwest Yeshiva High School” recalled Rabbi Owen. “Early on in the course, we learned that the first Jews in North America were of Spanish-Portuguese origin – descendants of the generation that had been exiled from Spain and Portugal in the 15th century.”

The research Rabbi Owen conducted for his students resonated deeper than mere classroom preparation for a history course, in a way he was uncovering his own history.  A descendent of Judeo Spanish Jews on both sides of his family, the language and traditions of these early immigrants resonated deeply. Rabbi Owen’s father, Ruben, was born in the deep South. Ruben’s family (like Benjy’s mother’s family) were part of an early 20th century Sephardic migration from the Island of Rhodes.

While Rabbi Owen’s family arrived on American shores over 200 years after the earliest Sephardic immigrants, they share the same origins, all being descendants of the generation that had been exiled from Spain and Portugal in the 15th century.

As Rabbi Owen delved into his research, he learned of the proud Sephardic immigrants that labored to build a vibrant community in a new, rugged but free land. “I learned that these Jews settled and built Jewish communities in cities like Newport, Rhode Island; New York City; Charleston, South Carolina; Savannah, Georgia and New Orleans, Louisiana.”

Was there any remnant of these historic communities left? Wondered Rabbi Owen.  He soon “found pictures of the preserved synagogues and cemeteries in these communities.”

Rabbi Owen felt compelled to uncover the mysteries and histories of these early American Jewish communities, but not alone. “I was inspired to see these sites first-hand with my father who was born in the Southern city of Montgomery, Alabama.” But a father and son trip while delightful enough,  seemed incomplete. A quick phone call and Rabbi Owen’s brother Jacob who resides in Los Angeles, was on board. He will meet them there. Rabbi Owen’s up for anything 15 year old son Jeffrey happily signed on as well.

By sharing this experience in the context of different relationships – grandfather, father, son, uncle, nephew – the experience will be that much more rich.

Explained Rabbi Owen, “The Torah says, “ask your father and he will tell you, your grandfather and he will say it to you.”  The Torah differentiates between the telling of the father and the saying of the grandfather.  What one learns from another is influenced by the relationship that one has with another.  By sharing this experience in the context of different relationships – grandfather, father, son, uncle, nephew – the experience will be that much more rich.” Rabbi Owen has special hopes for his son’s southern experience, “Jeffrey identifies strongly as a Sephardic Jew.  I hope that that identity becomes more rich and nuanced through our experiences.”

“In each of these cities, we will see all edifices, important Jewish sites and historic cemeteries.  When possible, we have arranged a tour.  We plan to pray in local synagogues, if there is a Minyan.  We will also see other cities and towns that have meaning to us such as Columbus, Georgia where my father lived and where his parents are buried, Biloxi, Mississippi and Selma, Alabama (for its connection to the Civil Rights Struggle in the middle part of the 20th century).

Being an administrator of a Jewish High School in the Seattle area, Rabbi Owen must be back in class by the first post vacation day of school, he has only eight days to pursue his multi-state odyssey plan.

But this is more than a take a snapshot and move on kind of trip. “We have several goals; we want to meet members of my father’s family and other Sephardim who still live in the American South and to honor the memory of those who have passed.  We want to investigate what factors supported the growth of certain communities while others stagnated. And I am most excited to discover  if there are any remaining Sephardic religious and cultural remnants (sefarim, letters, Sifre Torah, songs, etc.).” 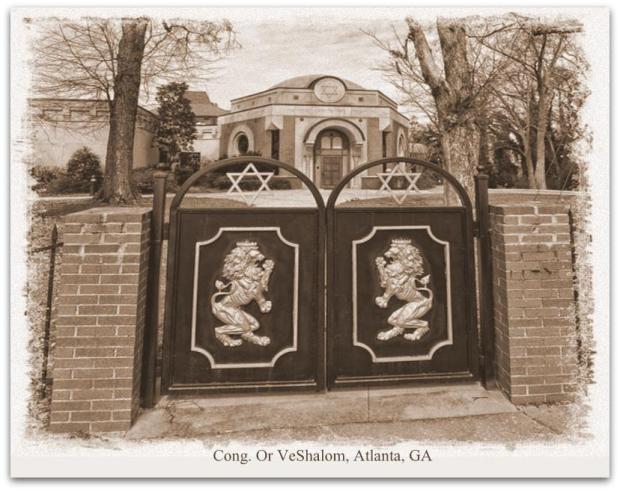 Just as Eastern European Jews maintained their own Jewish vernacular known as Yiddish, Sephardic Jews retained their Judeo-Spanish language known as Ladino. “Which is why we are calling this trip, the Ladino Y’all Experience” said Rabbi Owen unsuccessfully holding back a wide grin.

Rabbi Benjy Owen, his father Ruben, his brother Jacob and his son Jeffrey departed for their “Ladino Y’all Experience” journey to the south this past Wednesday, December 24th. They promise to share their adventures with readers of The Mike Report upon their return.