Seattle’s JTNews to Shut Down

In separate statements issued today the JTNews and their parent organization, the Jewish Federation of Greater Seattle announced the imminent demise of the ninety years old journal. The JTNews announcement released this afternoon stated that…

Our owner, the Jewish Federation of Greater Seattle, has announced today that in August it will be launching a new bimonthly magazine in partnership with Sagacity Media, the fine folks who bring you Seattle Met, highlighting Jewish life in our area. What this means is that JTNews and the Jewish Sound as you know it today will be winding down at the end of March.

The paper has long served as a unifying force in the Jewish community. Founded as The Jewish Transcript in 1924 the paper has shared countless life cycle and community events while keeping the community abreast of challenges facing the Jewish world from the KKK in the 1920’s, to the horrors of World War II, through the Soviet Jewry struggles of the 1970’s. Throughout most of these years the paper served as a staunch supporter and advocate of the Jewish State. 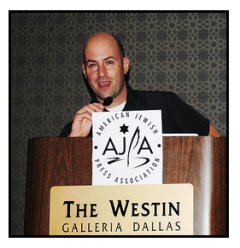 More recently, under the leadership of Joel Magalnick,  the paper has courted controversy, offering gentle coverage to anti-Israel groups like Jewish Voice for Peace and other BDS proponents and a soapbox to those virulently hostile to the Jewish state. This, combined with a sometimes callous if not tone deaf approach to issues impacting the Orthodox community served to further alienate the paper from some of its core constituencies.

In the mid 2000’s Magalnick changed the name of the legacy publication from The Jewish Transcript, to JTNews. Prior to today’s announcement the paper had been preparing readers for another name change, announcing on the front page of the past few editions of  the soon to come “Jewish Sound”.

In a separate email sent today, Joel Magalnick, who has served as editor of the JTNews since 2003, informed advertisers and community  leaders that in place of the JTNews “the Jewish Federation of Greater Seattle, in partnership with the publishers of Seattle Met magazine, will launch a new magazine that highlights the lives and styles of our local Jewish community.” According to Magalnick, the new publisher, Sagacity Media  “hopes to maintain some (if not most) of the staff of the Jewish Sound”. Magalnick says he will not be among those transitioning to the new publication.

The new publication  (the name has not yet been announced) will be issued bi-monthly and according to Jewish Federation President Keith Dvorchik it will “highlight the people, trends and lifestyles that make Seattle an exciting center of Jewish life.” Donors to the Jewish Federation along with current subscribers of the JTNews will receive complimentary copies of the magazine. Additionally the Federation will issue a quarterly newsletter with relevant information about events and community news. The magazine will also have an online presence.

“The decision to close the JTNews was not easy. The JTNews has served our community well, but having a bimonthly, glossy magazine will be an exciting and fresh opportunity with incredible potential. Unfortunately, there is not enough room for two competing publications within our community, so a choice had to be made.” – Keith Dvorchik

Dvorchik told TMR that the decision to retire the JTNews was part of a process that began in 2013 when the Federation commissioned a communications consultant to perform an audit, the outcome of which was handed to the newly formed communications committee for further action.

Explained Dvorchik, “The committee realized that a printed newspaper is not the most effective vehicle in the 21st century and the community study validated that information in showing that most people get their news online.  The committee thought that a bi-monthly lifestyle magazine that highlighted the wonderful community we have here and that was thematic and topical would be of great interest to the community. Following up on the committee’s recommendation, Federation leaders established a relationship with Sagacity, the publisher of Seattle Met magazine. Said Dvorchik ” We thought that if we could provide something that highlighted the wonderful people in Jewish Puget Sound, the wonderful things happening, Jewish art, culture, food, it would be something of real value to the community and would fit with things people want in the 21st Century.”

While some have speculated that the demise of  JTNews was motivated by financial considerations, Federation President Dvorchik denies this. “The decision to transition the JT News from a bi-weekly newspaper to a bi-monthly magazine” says Dvorchik “was not related to finances. It was all about an opportunity to create a new and exciting publication for the betterment of the community.”

Whether it was finances, politics, dogma or the realities of the new information age that dealt the final blow to a once proud paper matters not, we at The Mike Report are saddened by the shuttering of the Transcript (as it will always be known to us). Those who grew up in Seattle remember  fondly perusing the pages of our community paper to find Bar Mitzvah announcements of our classmates and friends, later for graduations, births and weddings. We remember a time when a photo in the Transcript warranted a  clipping permanently scotch taped to our parent’s refrigerator.

We look forward to the debut of the Federation’s new information vehicle and are hopeful that it will serve as a unifying force; sharing our stories, standing up for the Jewish people and the Jewish state and honoring all of us who make up our wonderful Jewish community.

One thought on “Seattle’s JTNews to Shut Down”