AMZ productions, a small promotional film company  headquartered in the quiet Oregon town of Bend,  has found themselves embroiled in a conflict over 8000 miles away.

In addition to advertisements and music videos, AMZ Productions, headed by Jesse Locke, is in the midst of producing the latest documentary out of Pallywood. Pallywood is the term used to describe manufactured propaganda films designed to depict Israel in a negative light. The standard setup for these productions begins with a mob of men and teenage boys marching menacingly towards a neighboring Jewish village with  rocks and slingshots prominently on display. As Israeli police and defense forces arrive to stand between the rioters and their civilian targets,  the Palestinian men are replaced with children who are directed by their parents to provoke and assault the Israeli soldiers. Western press is summoned, sometimes even bused out, to record the choreographed confrontation between children and troops. 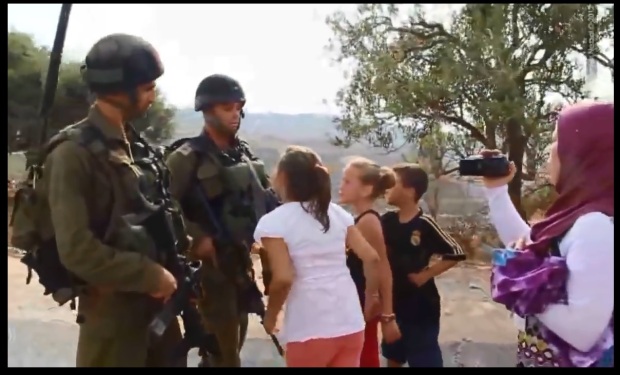 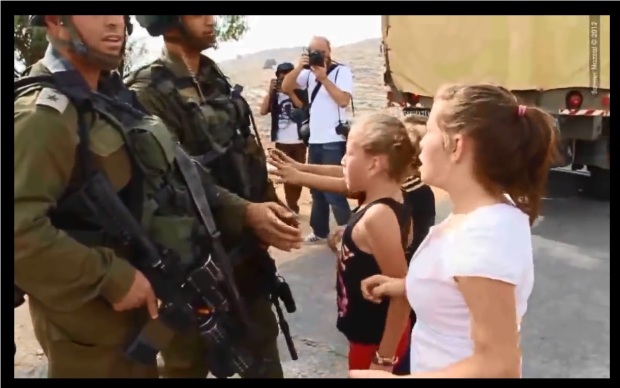 Complicit media (like AMZ Productions) document the results while omitting the context.

Documentarians, like Locke are well aware of the theatrical element to the films they produce, but often see their dishonest “art” as a tool in a just struggle. The bloggers at the popular Israeli website, Israellycool have raised troubling questions about the motivations of AMZ in their latest pro-Palestinian production. In response AMZ’s Jesse Locke has accused his critics of throwing out false accusations of anti-Semitism to discredit his efforts on behalf of the Palestinian cause. Says Aussie Dave of Israellycool.

“Far be it from me to suggest AMZ Productions are antisemitic. Because they would predictably claim that would be merely trying to silence critics of Israel, and nothing to do with their views. So perhaps they can explain why they ‘liked’ this blatantly antisemitic comment on their Facebook page, under the above post.”

Dave goes on to document how AMZ Productions gave a Facebook “like” to an anti-Semitic post asserting that Hollywood is controlled by Jews. Locke refused to explain why he “Liked” the antisemitic comment or even to condemn antisemitism. The Mike Report  initiated our own efforts to reach out to Locke who refused to posit his opinion of whether or not there is even a place for a Jewish state in the Middle East. 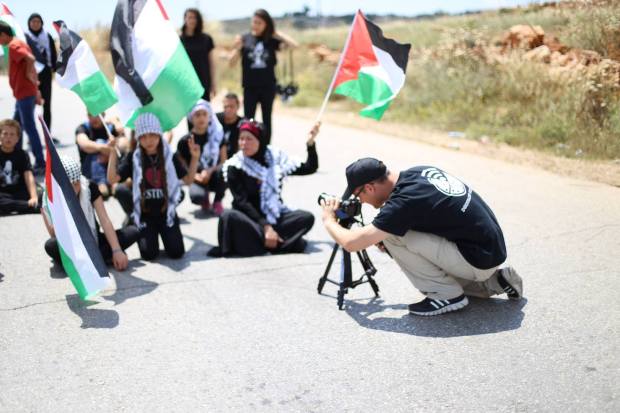 The true motivation behind the Oregon producer’s penchant for anti-Israel propaganda may have remained shrouded in mystery, if not for his peculiar affinity for Nazi themed biking gear.

Jesse Locke, The owner of AMZ productions in a Nazi SS uniform,  complete with Swastika and Jack-boots.

Locke posted this photo of himself donning Nazi regalia (presumably for a “book burning” themed party) on his Facebook page to the delight of several of his friends and the discomfort of at least one of them. 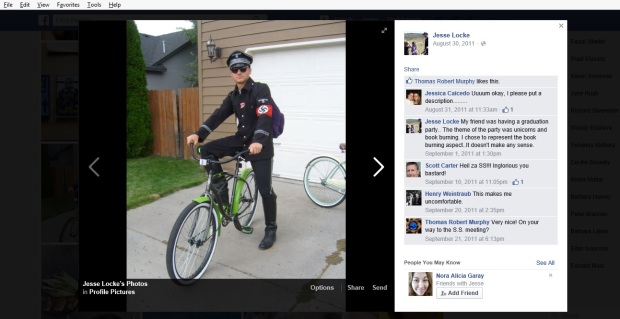 Despite the discomfort of at least one of his friends, AMZ’s Locke proudly posted this pic of himself decked out in SS gear.

Donning Nazi regalia and complicity in a fabricated media war against the Jewish state does not necessarily make one an anti-Semite, but presuming one wishes to avoid that label, it sure doesn’t help.