Husky Mom: “I Was Accosted by UW Professor at Anti-Israel Lecture” 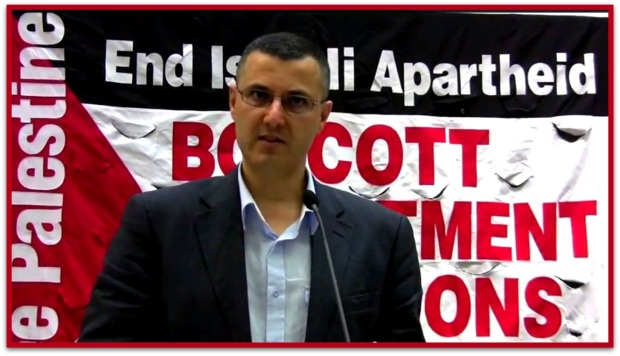 A recent study found that more than half of all Jewish college students have experienced anti-Semitism on US campuses, that combined with the tidal wave of anti-Israel demonization sweeping across our colleges is reason enough for any Jewish parent to be concerned. These facts are what prompted the mother of two students at the University of Washington to attend the February 26th lecture at UW by Omar Barghouti, one of the most radical of anti-Israel voices.

Fearful for her safety and that of her children, both students at the UW, the Husky mom who shared this incident with TMR asked that her identity not be disclosed. Respecting her wishes we will refer to her as “Rose” although that is not her actual name.

“I went to this event because my child was going to attend, I had been told that Barghouti is a radical and I wanted to see what my child was being exposed to at the UW”. The event to which Rose refers was a lecture sponsored by the UW Simpson Center for the Humanities being given by the founder of the anti-Israel BDS movement, Omar Barghouti. According to the Simpson center website, this Palestine series was developed “to create possibilities for more sustained, open, and critical exchange.” The lecture was opened by Professor Eva Cherniavsky, one of the organizers who told the about 180 audience members that video or audio recording of the public lecture was not permitted.

Professor Jonathan Marks recently noted that Cherniavsky signed onto a 2009 letter to President Obama which described Israel’s treatment of Palestinians as “one of the most massive, ethnocidal atrocities of modern times” and  that a one state solution—that is the erasure of Israel as a Jewish state—is “almost certainly” the only hope.

I wanted to see what my child was being exposed to at the UW.

Rose told TMR that when Professor Cherniavsky, entered her introduction of Barghouti by bringing up the Holocaust in the context of the Arab Israeli conflict, she became incensed. As the lecture began, Rose commenced video recording the event with her Ipad. Rose told TMR that it was her intent to send a copy to the UW President to make him aware of the hate being promulgated on his campus. As to the request not to video the event, said Rose “of course they didn’t want it videotaped, they had a radical extremist spewing hate speech about how there should be no Jewish state, all on the public dime!”

Of course they didn’t want it videotaped, they had a radical extremist spewing hate speech.

It was at this point that Amy Hagopian, an associate professor of Global Health at UW confronted Rose. Witnesses told TMR that Rose appeared shocked as Professor Hagopian, clad in a kaffieyeh, grabbed her IPad while shouting at Rose, “stop! stop!”.

Professor Hagopian is no stranger to controversy, in 2010 she compared military recruiters to child sex predators, in 2008 Hagopian supported a failed effort to force the City of Seattle to divest from Israel. Hagopian, who is described as a BDS activist by The Jerusalem Post, supported an anti-Israel resolution at the 2013 American Public Health Association’s annual meeting.

According to Iris Langman, an Israeli-American who currently resides in the Seattle area,  “I was sitting across from Hagopian when I saw her get up and smack down Rose’s IPad onto the desk.  Hagopian slammed her IPad down and started yelling that Rose could not video. I was surprised it didn’t break. Then the professor started yelling at Rose and said she was getting the police. Really? Police? what horrible offense was this?” Meanwhile according to several witnesses to the event, while all this tumult was occurring, a member of the audience sympathetic to Barghouti was  openly taking video with no objections offered by the event organizers.  “When I pointed out that their person was also videoing,  Hagopian ignored me until I got louder and threatened to call the police as well” said Langman.

I was sitting across from Hagopian when I saw her get up and smack down Rose’s Ipad onto the desk.

Local attorney Steven Hemmat expressed disappointment after learning of Hagopian’s outburst. “It is shocking that a public university professor would forcefully deny another’s First Amendment right to free speech and expression and almost destroy that person’s property.  This forum was open to the public and sponsored by a public university.  Obviously, this professor was trying to squelch free speech.”

We reached out to Professor Cherniavsky, one of the organizers of the event who told TMR…

I opened Mr. Barghouti’s presentation by stating the Simpson Center would be producing an audio recording (and therefore a public record) of the event and that we kindly requested no further recording by audience members. It is our understanding that permission must be sought from any speaker before making a recording (indeed, students who wish to record my lectures on their devices routinely ask permission first). Mr. Barghouti was happy to sign off on the Simpson Center producing an official, professionally-made (complete) recording of events. For very understandable reasons, he did not authorize any other recordings. Recordings made on portable device by audience members are often partial, of poor quality, and can, of course, be edited in a way as to misrepresent the speakers’ views.

My colleague closed the attendee’s IPad only when she refused to comply with her request to please desist.

The attendee who attempted to record Mr. Barghouti’s lecture on her laptop was violating our very clear request at the beginning for no unofficial recordings. If anyone behaved inappropriately, it was the attendee who ignored that request, not the event co-organizer who politely asked her to desist. (Indeed, as I understand it, my colleague closed the attendee’s IPad only when she refused to comply with her request to please desist.)

Professor Hagopian told TMR that she concurred with Professor Cherniavsky’s version of events.

“This is unacceptable behavior from a professor at a public university”. Iris Langman.

Three weeks after the incident Langman is still shaken by Hagopian’s outburst. “This is unacceptable behavior from a professor at a public university” said Langman. Langman questioned why the organizers of the Barghouti event were so concerned about the public taking video of the lecture. “Were they afraid that we would have proof of the lies that the speaker was spewing. Real vile lies, statistics that were made up, equating Nazis to Israelis, South African Apartheid to Israel”. Langman noted that Barghouti was “born in Qatar, educated in Egypt and the US, attends Tel Aviv University and tells me, a tenth generation native-born Israeli that I have no right to my country?”

Equally troubling to Langman was the tightly controlled question and answer session. “There was no way to call Barghouti on his lies as the way the lecture was set up we could not simply raise our hands and challenge him”. Langman  continued “I was disgusted that this is what we are encouraging in our universities, revisionist history, lies and hate”. 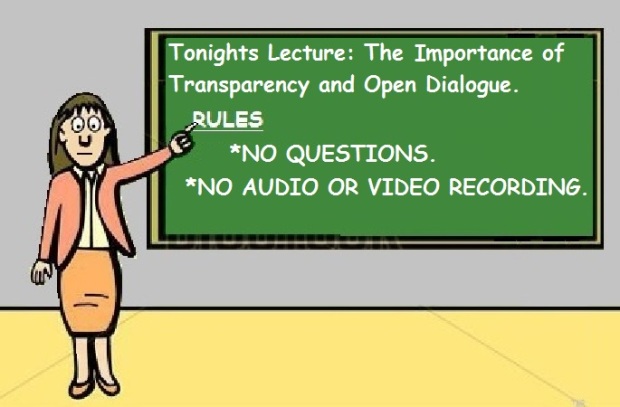 Cherniavsky told TMR that the Simpson center had no plans to balance the Barghouti lecture with a speaker representing an Israeli perspective, even going so far as to say that Barghouti did not represent a “side” in the dispute between Israel and Palestinian Arabs. Said Cherniavsky…

“Our aim in the research cluster is not to present sides, but to create contexts for open exchange — and that seems to us exactly what this event made possible”. Professor Eva Cherniavsky. Photo Credit: University of Washington

I would emphasize that we *did not* invite Mr. Barghouti to advocate for BDS — nor are any of our speakers asked to represent a “side.” The purpose of our research cluster is to analyze the obstacles to public deliberation on controversial topics such as Israel and Palestine — and the way in which public debate reduces to a rehearsal of “sides” seems to us one such obstacle. In that context, we asked Mr. Barghouti to help us put this movement in perspective: we are interested in the rationale for BDS as a specific strategy of public engagement. We invited him  to give a talk that would explain how the movement was conceived, what the organizers understand as the relevant historical precedents for this form of activism, and how they would assess the reception of BDS in the U.S. and elsewhere. And it seems to us that is precisely what he did.

“It is ludicrous to suggest that Barghouti doesn’t represent a side” countered Rob Jacobs, Pacific Northwest Director of StandWithUs, an Israel advocacy organization, “Barghouti spent the better part of an hour delegitimizing Israel, saying that he is against the existence of a Jewish State, accusing Israel of Apartheid and war crimes, and lauding BDS, and he doesn’t represent a side?”

It is ludicrous to suggest that Barghouti doesn’t represent a side.

When asked if she regretted having tried to video Barghouti’s lecture, Rose answered “The University brings a demagogue to campus to propagate hatred and tell my kids that Jews alone have no right to self determination? Hell yeah I’m going to video that.”

← The Reluctant Oleh Updates Us: An Interview With An IDF Soldier
UW To Welcome Professor Charged with Anti-Semitism →

2 thoughts on “Husky Mom: “I Was Accosted by UW Professor at Anti-Israel Lecture””