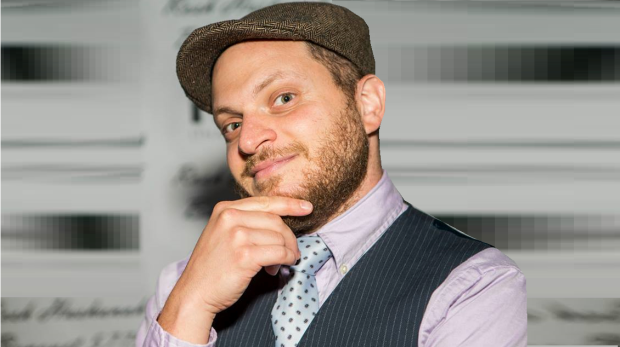 With his ready smile and gentle demeanor Rabbi David Basior’s disarming persona has earned him a loyal following as spiritual leader of the Kadima Reconstructionist Community of Seattle, WA.

This past Shavuot the congregation based in the Madrona neighborhood of Seattle hosted an all night learning session, an ancient tradition commemorating the giving of the Torah on Sinai. Ensconced within the jam packed program of Klezmer, astronomy and baking was a session titled “Go & Learn: Jews Study & Discuss Boycott“. The class as described in Kadima’s promotional materials promised to “study the Palestinian call for boycott divestment and sanctions (BDS), and discuss our role as progressive Jews in the BDS movement.” The BDS study session was led by local leaders of Jewish Voice for Peace, a group that has earned it’s place on ADL’s list of the top ten anti-Israel organizations.

Rabbi Basior signed on to a petition which asserted that the BDS movement is “consistent with Jewish values”.

The affiliation with groups that promote BDS, a movement defined by Seattle Jewish leaders as anti-Semitic, is not at all unusual for Basior, himself a longtime member of the Jewish Voice for Peace “Rabbinical Council”. Basior has repeatedly signed on to anti-Israel boycott efforts going as far back as 2012 with a petition supporting the BDS movement and another urging the Presbyterian church to divest from Israeli companies; doing the same again in 2014. In February of 2012 Basior lent his name to an open letter goading the United Methodist Church to divest from Israeli companies, referencing what the letter writers called “the oppression of Palestinian Christians under Israeli occupation”. 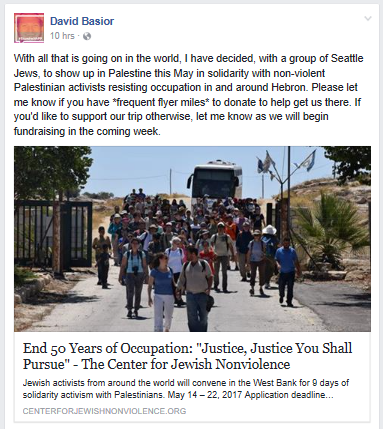 Rabbi Basior promoting”resistance” against Israel and against a Jewish presence in the city that is home to the burial place of the Jewish forefathers and mothers.

In his zeal, Basior has no compunction about placing his name alongside anti-Zionist and blatantly anti-Semitic groups like Students for Justice in Palestine. He has even joined together with the International Solidarity Movement (ISM) in calling for a boycott of Israeli beauty products. According to NGO Monitor, there are ISM  members with ties to terror groups.

Representatives from the United Methodist Church will gather in Tampa, FL, to participate in a historic vote on whether to divest from companies that profit from the Israeli occupation. I hope you and everyone you know will join me now in asking them to vote yes on divestment.  –Open letter from Rabbi David Basior

In April of this year Basior joined dozens of anti-Israel activists in opposing a speaking engagement at the University of Washington by Kenneth Marcus, a leading expert on anti-Semitism. In 2015 Basior became a member of the Open Hillel Rabbinical Council. Open Hillel is a group devoted to introducing anti-Israel and Anti-Zionist programming into the hundreds strong chain of college based Hillel Houses. 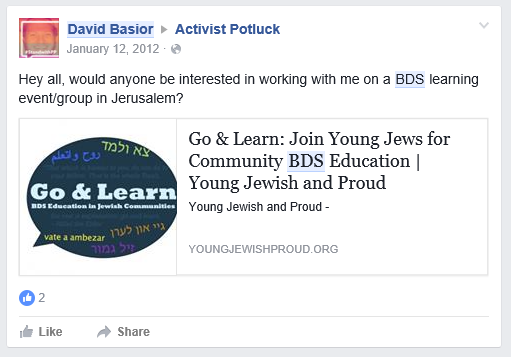 Rabbi Basior soliciting assistance in running a BDS program in Israel- via Facebook.

Basior has most recently expanded his outreach to the Jewish community of South Seattle, holding several events at The Collaboratory, a rented hall on Rainier Avenue S,  just a stone’s throw away from some of Seattle’s oldest congregations. 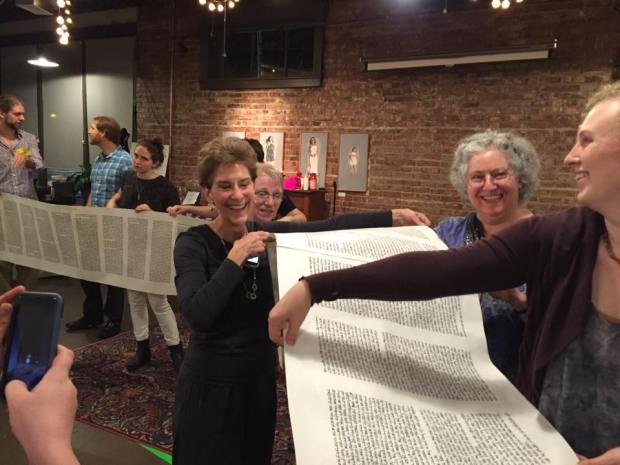 Displaying a Torah at a Kadima event at the South Seattle Collaboratory. Photo Credit: Kadima Reconstructionist Community via Facebook

While one might think that his controversial activism would earn Basior pariah status in the organized Jewish community, this has not been the case. In November of 2015 Basior was invited to join prominent local Rabbis and community leaders as a lecturer at Congregation Herzl-Ner Tamid’s Torahthon, the Seattle area’s premiere communal Torah learning event. At his session titled “The Sacred Art of Tochecha”, Basior promised to “delve into interpersonal human communication on tense issues we find hard to talk about”. One issue Basior has no trouble talking about is his desire to single out and sanction the one Jewish state.

Update: Despite Rabbi Basior’s support of  boycott against the Jewish state and promotion of anti-Israel movements like BDS; Herzl Ner-Tamid Congregation on Mercer Island has again invited Basior to be part of their “distinguished faculty” at Torahthon on December 10, 2016.