Like many of his fellow students at Brandeis University, Daniel Mael is an idealistic young man, eager to advocate and work for a better world. On a campus that has expressed hostility to women’s rights advocates, and hosted vile anti-Semites like Ali Abunimah, Daniel has had his hands full. 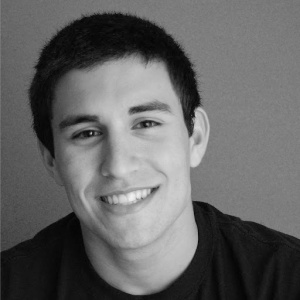 Mael has been an unapologetic critic of J Street, a self described “pro-Israel” organization that has hosted speakers who advocate for the boycott of Israel and whose members have heckled and derided visiting soldiers from the IDF on the Brandeis campus.

One would expect that an  organization like J Street that has defended the inclusion of Hamas apologists like Judith Butler and Omar Barghouti into the campus discussion on Israel, would at the very least tolerate and hopefully even defend the robust conversation brought to the table by Mr.  Mael. Sadly, according to an article posted at Legal Insurrection, this is not the case. Daniel, who writes for online news-magazine Truth Revolt, has been banned from the upcoming J Street National Summit.

When asked for an explanation as to the exclusion of this young Israel advocate, J Street referred to a statement they had  released following an incident in which Daniel was allegedly verbally accosted by a group of Brandeis J Street leaders. Daniel filed a complaint with school administrators, and it is believed this is the source of J Street’s ire.

Fatah member Salam Fayyad will speak at the J Street conference, Daniel Mael will not be allowed into the building.

J street has vigorously defended its embrace of the most hostile of Israel critics, citing their “commitment to open debate and free discussion on contentious issue”. The disingenuousness of their “open debate” mantra is laid bare by J Street’s stifling of one lone young critic.

This June, the attendees at the 2014 J Street National Summit in San Francisco will hear Fatah member and former PA Prime Minister Salam Fayyad. During his tenure as PA Prime Minister Fayad restricted normalization with Israel, forbade Palestinian press contacts with Israeli counterparts and even punished a school teacher for allowing his students to dance with Israeli students while on a field trip to a Tel Aviv beach.

Attendees at the J Street National Summit will  give PLO member Fayyad a warm welcome, a robust round of applause and probably a standing ovation.  J Streeters will undoubtedly be patting themselves on the back for their tolerance of diverse perspectives and their embrace of Israel’s enemies. Jewish student Daniel Mael will not be allowed into the building.