Phony ‘Peace Activists’ Not So Peaceful

Anti-Israel US Jews lap up lectures by violence promoting extremists

Throughout this week about one hundred anti-Israel activists, who also happen to be Jewish, were led on a carefully scripted propaganda tour of the Jewish heartland. The junket was organized by a group with the deceptive name of The Center for Jewish Nonviolence. Among the participants are six Jews from the Pacific Northwest, led by pro-BDS activist Rabbi David Basior of Seattle’s Kadima congregation. 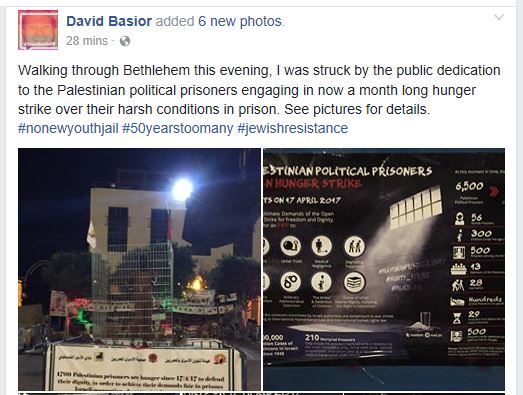 According to the Israel Foreign Ministry Rabbi Basior’s “political prisoners” are in fact “convicted murderers and terrorists.”

Since their arrival in Israel this past Monday, the group has been spoon fed and have dutifully regurgitated a David Duke worthy anti-Semitic narrative of Israel as a nation of genocidal, racist Jews who torment Palestinians and demolish their homes for pleasure. 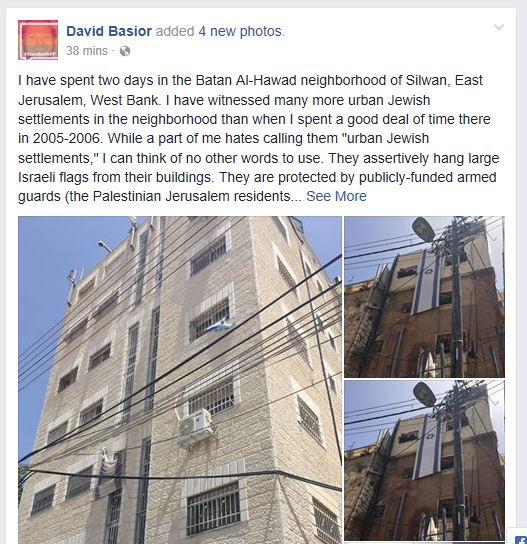 Rabbi Basior is troubled by the sight of  Jews “assertively” flying Israeli flags in the capital city of Jerusalem. He does not ask why these Jews require armed guards.

Most striking is the complete absence of critical thinking or skepticism on the part of tour participants. Although “non-violence” is the thematic scent which attracts these tragedy tourists, one merely need scratch the surface ever so lightly to crumble the facade. 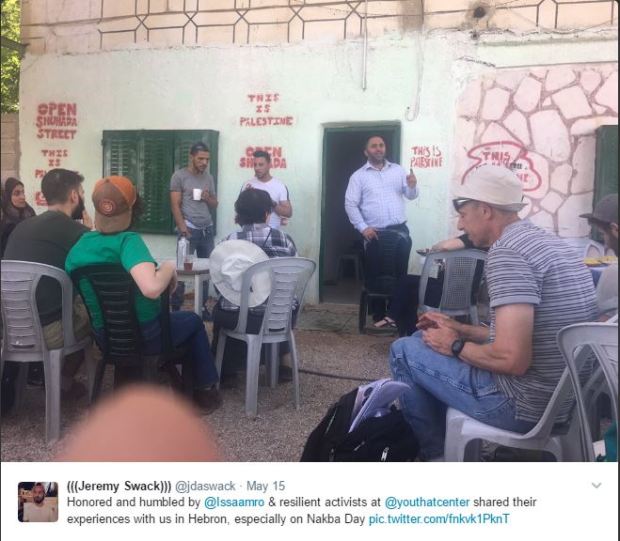 On the first full day of their journey, the group was lectured by one of the founders of Youth Against Settlements, Isa Amro. Amro, who calls himself the “Palestinian Ghandi” may preach non-violence but he certainly does not practice it. He is currently facing an eighteen count indictment. Per Honest Reporting;  Amro was indicted “for his years of violence against Israeli soldiers and civilians, and for actively harming and degrading human beings in ways that Gandhi and Dr. King would have found utterly deplorable.” “The charges include

In one of the events described in the indictment, Amro violently attacked a civilian, forcibly took the victim’s camera, and then destroyed the camera by smashing it on the ground, all while spitting on the victim.”

The Center for Jewish Nonviolence featured a founder of  the violence-promoting Youth Against Settlements (see photo above) as a featured speaker on their anti-Israel tour.

Additionally, Youth Against Settlements, the supposedly non-violent organization led by Amro, regularly posts photos glorifying attacks on Jews along with shocking anti-Semitic canards. One of their Facebook posts, clearly designed to provoke animosity towards Jews, features false Talmudic quotes alongside a stereotypical photo of a Jewish man.

Day two of the excursion featured Sami Awad. Participants lapped up his lip service to non-violence. Beyond earshot of the gullible Americans, Awad has described non-violent struggle as just one weapon against the Jewish state but “not a substitute for the armed struggle” i.e the blowing up of Jewish children in pizza parlors.

Whether Rabbi Basior and his Kadima cohort are willfully ignorant or in knowing collusion with these proponents of ethnic hatred and violence makes little difference to the innocent victims.

10 thoughts on “Phony ‘Peace Activists’ Not So Peaceful”